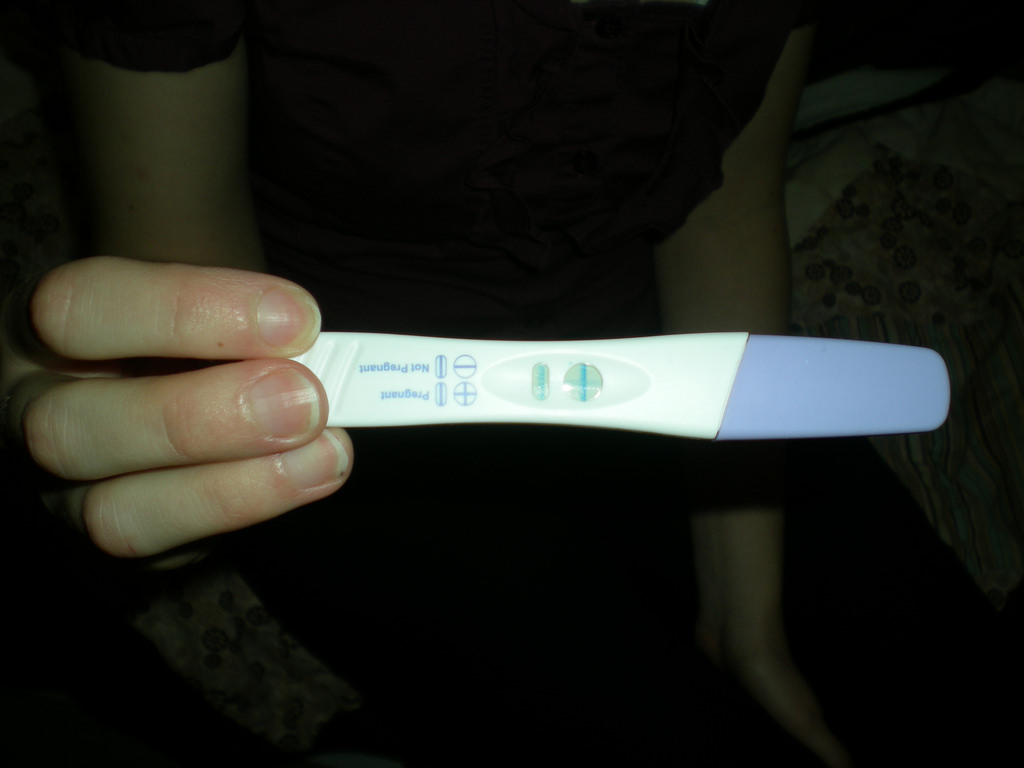 I ran across a thing on Facebook the other day which reminded me of something I’d been meaning to write about a while back. I’m sure you’ve seen one of these things rolling through you feed, being passed around by your friends. Perhaps you’ve even passed it along yourself, clicking copy and past without really thinking much about it. They usually begin something like this “I’m in the emergency room…” Or they’ll have a picture that shows a pregnancy test with an opening comment along the lines of “I’m so stressed out…” Or, perhaps if you’re into politics, “I hereby applaud what (insert political nemsis’s name here) accomplished and stand in support…” Okay, maybe that last one is a little more formal than the ones like that I was seeing during the election cycle, but you get the idea. They are posts that begin with some dire news designed to engender concern in the mind and heart of the reader. To a degree it works because Facebook, to save space only shows the first few lines of your status before hiding the rest behind a See more link. And in the end, after a more or less drawn out story of drama, there’s a line that say, jk, I’m fine, I just wanted to see who reads all the way to the end of my posts.

I didn’t think much of these types of posts back when they first started flying around a few years ago. But, after the first or second of them, they really started prickling something in the back of my mind. That prickle has grown stronger this past year, with screams of fake news and liar flying all across social media. And as more and more of these memes, with and without graphics, keep popping up across my feed, being shared by friend after friend. Being shared by the same friends who post Bible verses. Being shared by the same friends condemning the lies of the biases media (whichever bias they happen to be railing against). Being shared by the same friends screaming about the fact that it’s too easy for fake news to be believed. That prickle bugs me because it reminded me that quite some time ago, I started having to discuss with my kids the fact that if you have to say just kidding after a story, what you really just did was tell a lie. 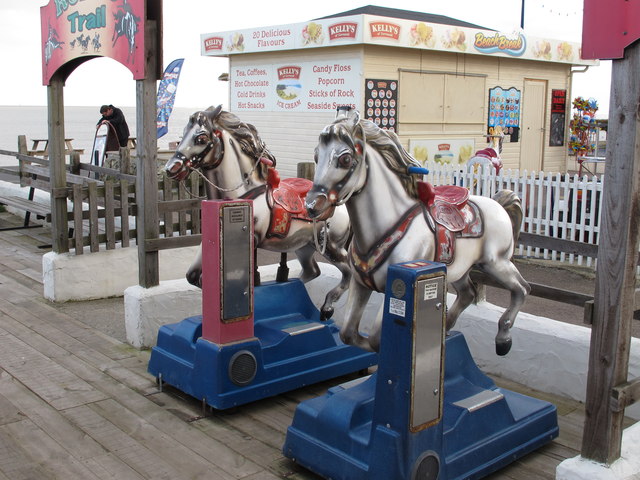 Because see, we may be thinking to ourselves, oh this is funny. Or we may be thinking, I can’t believe I fell for that, let’s see how many other people I can dupe so I don’t feel so stupid. What we’re really doing is posting something to our wall that is seen by people we claim to love with the intent to cause them worry or concern, because it will amuse us. We’re telling them that something in the form of telling them something we know to be untrue, but are sharing it anyway. For those who are unclear right now about why that is not a good thing, here’s some perspective. Imagine your grandmother who loves you and is 80 years old. She only ever gets on Facebook to stay in touch with her family and friends. She maybe isn’t so great with technology, and maybe only has 15 people on her friends list. You copy and paste to your wall that you need prayers because you’re in the ER after an accident… Or, if that doesn’t give you pause, consider this, how did you react when Al Gore got caught using footage of a glacier calving from a Hollywood feature film and he excused it by saying it was only to make a point, it wasn’t really a lie?

Worse than these memes on Facebook, which have conditioned us to purposely share untruths for amusement, it stems out of the idea of satire and sarcasm being a substitute for communication. I see this often in my friends who are Christian. They seem to pride themselves on their flare for cutting sarcasm. They consider it a competition to come up with witty, believable, satirical commentary. But, by definition, sarcasm is a use of irony, which is basically saying one thing while meaning its opposite a lie. And while the point of the memes isn’t always to harm the reader, though that’s often the outcome, the point of sarcasm and satire is always to use a lie to ridicule and tear down.

I don’t say these things to point to some moral superiority on my part. If I go back to my early days of political commentary I wince at the pointed use of sarcastic commentary. I usually steered clear of satire, but that was because I’m really just not that funny, and couldn’t do it well. But, if push came to shove, I could swap sarcasm with the best of them, and usually walk away the champ. I know a lot of words, and I learned to use them to cut deeply if I desire to. But, that’s kinda my point. When I started chasing God, one of the things I learned to do was desire the things God desires. And I can’t desire to cut deeply for entertainment purposes if I desire the things God desires. 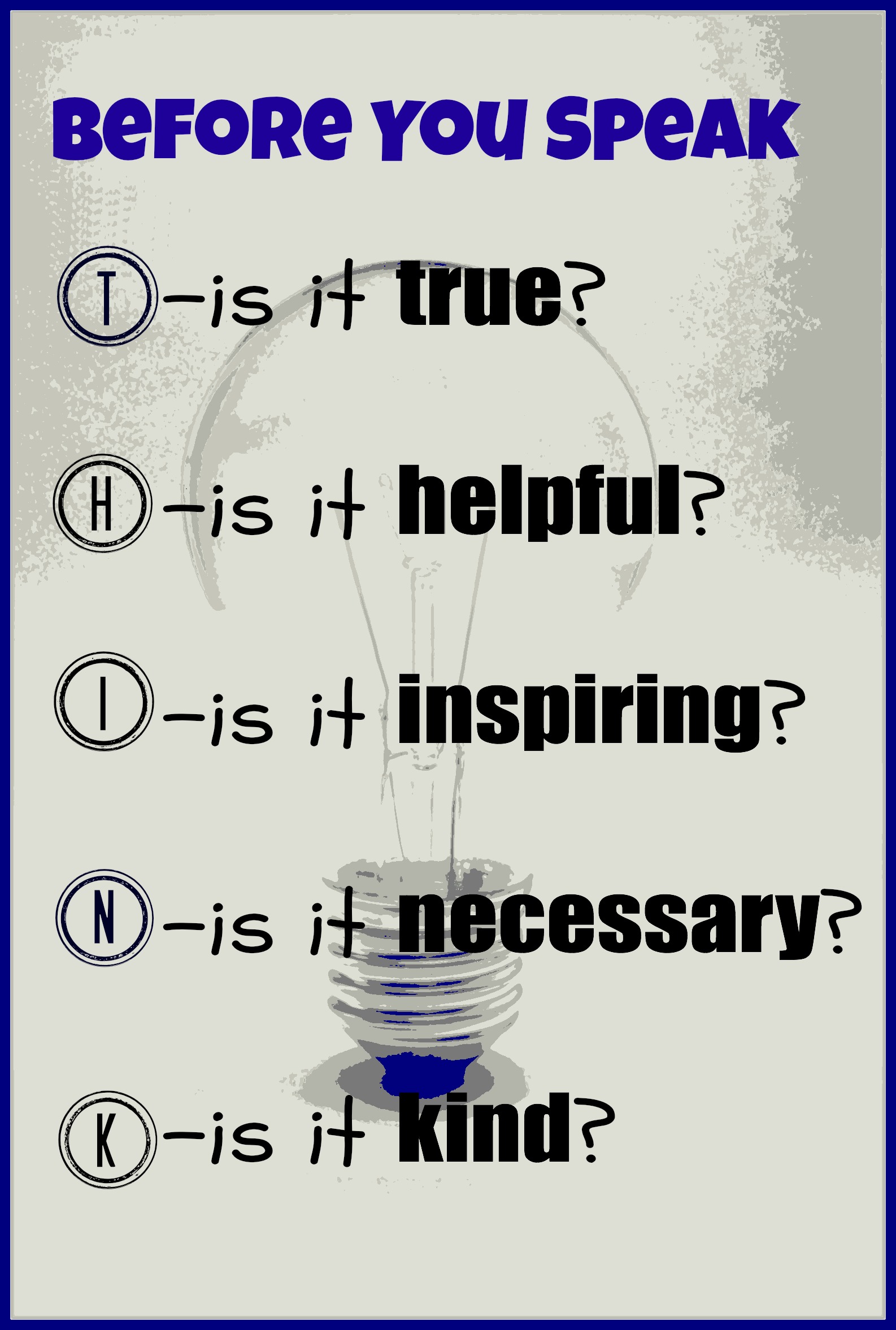 Another meme that began a few years back was the THINK acronym, and this whole reposting false stories as true phenomenon, with a jk tacked on the end, reminded me of that. I really don’t like that meme, because it led to another, if you can’t be kind be quiet, which translated into be quiet if what you say hurts my feeling, which translated into safe spaces, which is just a whole different problem. But, at the very least, if we want to restore some sense of effective communication in our world that is now so awash in information and chatter, we might at least consider the first letter there. Before you speak, post, share, is it TRUE? If not, or if you don’t know in the case of a news story, then don’t share, don’t post, don’t associate it with your name. Why?

Well, Scripture has a few things to say about the whole concept of truth and lies. First, from Paul’s letter to the Colossians:

5 Put to death therefore what is earthly in you: sexual immorality, impurity, passion, evil desire, and covetousness, which is idolatry. 6 On account of these the wrath of God is coming.  7 In these you too once walked, when you were living in them. 8 But now you must put them all away: anger, wrath, malice, slander, and obscene talk from your mouth.9 Do not lie to one another, seeing that you have put off the old self with its practices 10 and have put on the new self, which is being renewed in knowledge after the image of its creator.

So, part of this whole being made new in Christ thing is putting off our old ways. It’s not lying to one another, because we are part of one body. It’s not allowing obscene talk from our mouths, which includes things designed to incite other people. Other Scriptures tell us not to cause others to stumble, or create unnecessary distress among our brethren.

Proverbs also speaks to this, and how God feels about our lies, whatever their motivation:

16 There are six things that the Lord hates,
seven that are an abomination to him:
17 haughty eyes, a lying tongue,
and hands that shed innocent blood,
18 a heart that devises wicked plans,
feet that make haste to run to evil,
19 a false witness who breathes out lies,
and one who sows discord among brothers.

Our lies are an abomination before the Lord, and He detests them. Last Scripture that comes to mind, which explains why God hates lies:

He [the devil] was a murderer from the beginning, and does not stand in the truth, because there is no truth in him. When he lies, he speaks out of his own character, for he is a liar and the father of lies.

The devil is the father of lies. The lies we tell are born of the devil. The Lord hates the devil, but He loves us and desires to set us free from the clutches of the devil, therefore He hates lies. He sent His Son to release of from sin, including lies, and His Spirit to dwell in us and make us new, Christ-like, without sin, including lies. Christ, our Lord, told us the greatest commandment was to love God, which means we should always seek to avoid doing the things He hates so as to be pleasing to Him. The second greatest commandment was to love our neighbor, which means we should never seek to deceive them. 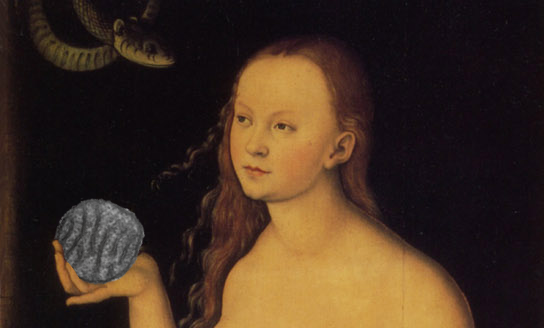 Now, there may be a part of your brain telling you I oughta loosen up, that it’s all in good fun. Nobody’s getting hurt. Everybody knows we’re just kidding, right? God’s not really going to be upset with us over this. I hear you. I’ve heard those self-same excuses from my kids, and I heard them in my own mind back when I was struggling to break the habit of sarcasm. All I have to say is, the devil is a liar. He comes only to kill, steal and destroy. And often times, he sounds like the little voice in our heads telling us to loosen up, it’s all in good fun, God didn’t really say that, did He?