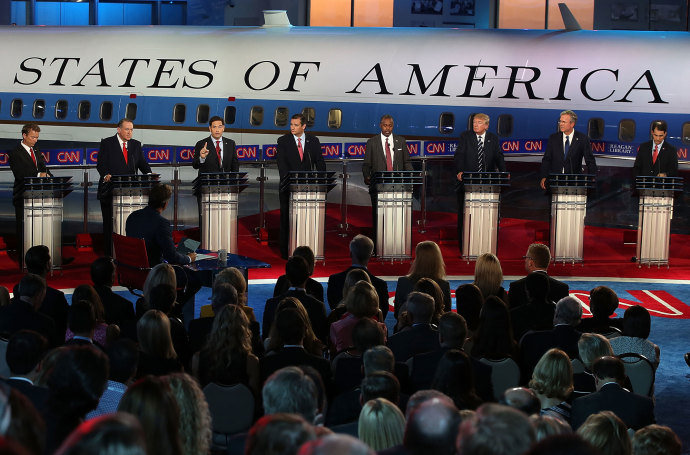 Last week, I was just a little happy and excited as I sat down to watch the first GOP debate with my husband and son the day after it aired on Fox. I’ll be honest, my lack of interest in political discussion has been driving my husband just a little crazy for almost three years now, maybe more. About the time I switched majors, just before going on haitus from school and then embarking on the seemingly crazy mission of being a Church Admin, I lost interest in talking politics. It wasn’t that I stopped seeing it as important. It is. As a matter of fact, I probably see it as more important now that I am better studied on the Bible than I ever did before I started studying God. But, I have lost interest in the normal process of political debate so many of my friends and loved ones engage in. I’ll get to that. Last week though, after quite a number of very rational, very positive comments from friends on Facebook, I was actually looking forward to watching the debate. It seems we have a very strong field for a change, and better most of the comments weren’t hard core support for one candidate, but were instead an assessment of the strengths and weaknesses of multiple candidates.

We all sat down and watched the debate, and in spite of my initial desire to tell my beloved husband to quit hollering at the TV when I heard him from the other room at the beginning, I actually found myself getting a little rowdy too while watching. Not riled up shouting at the television rowdy, but delighted with the answers and delighted that the debate seemed to cover a lot of ground. By the time we finished watching, my son, who will be old enough to vote in the primaries for the first time this year, was asking questions. We had a great conversation. More than that, I walked away from that debate for the first time in a long time with a sense of hopeful possibility. There are some candidates I like better than others. There are a couple candidates I’d rather see drop out. But, overall, listening to them speak and handle questions, there were no candidates that I had an automatic “Oh no, it’s gonna be the end of the world if that guy gets the nomination.” There were no candidates that I felt there was no way I could vote for them in good conscience. Even Trump.

Now, don’t get me wrong. As I said, there are a few I’d like to see drop from the race for several reasons. Chasing God has actually tended to make me more conservative rather than less conservative in most cases. More, I really do believe that most of our politicians who have been at this for a long time need a break. If they were good men and women at one time, it seems their time in politics has tested and tried them to the point where most of them have lost their way and their perspective. I don’t think that’s as true for the newer politicians, and I do actually prefer someone that has had some experience in the political field. Perhaps most importantly of all, as I put it to Corey, I have 2 absolute requirements for whoever I vote for for President in 2016. They must be a man or woman of integrity and they must be sane. As much as I admire Trump’s bomb throwing style and technique at the moment, I’m not sure he actually qualifies under either of those criteria. 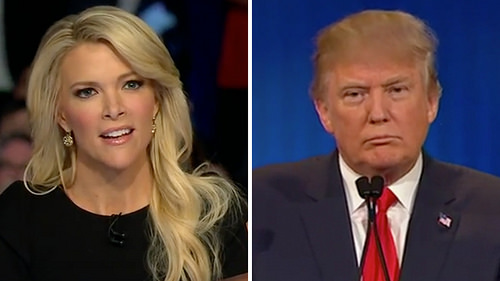 So, I was feeling pretty good about the process for a change. People were actually conversing about things of substance in my news feed. It seemed like for once there were some actual grown ups in the room… Until a day or two later, when everyone bit off on the latest conspiracy theory and the sanest of people suddenly, once again, lost their minds and started acting like two year olds. Apparently Fox News is suddenly the tool of the devil, Trump is a misunderstood angel, Megan Kelly is Mata Hari, and Erick Erickson is the next thing to Stalin… More than that, if you don’t like Trump, you must either be a dupe or in on the plot to overthrow civilization as we know it. Oh wait, and all the rest of the candidates got treated unfairly in the debate too. Obviously it’s all a vast, right-wing conspiracy to keep the… Oh, wait, eh hem, I mean a vast Establishment GOP Conspiracy to keep a real conservative (Trump? seriously?) from gaining the nomination. For the love of country, and for the love of God Himself, we must all band together to stomp our feet and throw a tantrum about moderators and news anchors, and the “unfairness” of it all. Seriously people? I thought we were the ones who claimed to be the grown ups? More than that, most of the people throwing around division and slander at this point are people who claim the name of Christ on a fairly regular basis on their Facebook pages. As you so often like to ask people What would Jesus do?

I really hate that question, because it’s simplistic and encourages shallow thinking rather than actual reflection. Maybe the better question is what would Jesus want YOU to do? I’m pretty sure he wouldn’t want you chasing after every false allegation some hack threw out on the internet. I’m pretty sure he wouldn’t want you getting your panties in a twist over every comment someone made to push your buttons. I’m certain he would probably like you to use your brain, recognize that every person, even the ones on TV, has an opinion and those opinions will probably show through. I’m pretty sure he wouldn’t want you to run along with every crowd that tried to make you angry, or pressed you into defending someone you don’t think is the right person for the job. Given what Scripture says, I imagine that yes, even in politics, He would ask you to test the teachings, or in this case claims and ideas. He would ask you to judge all the candidates, and yes even the TV personalities, by their fruits rather than by rumor, inuendo, other people’s opinions or even the words of their own mouths. He might also suggest that we keep our attention on the task at hand rather than chasing off after every latest bit of gossip. I am certain He would tell you to be quick to listen, slow to speak, and slow to anger. He would tell you to tame your tongue, and offer grace along with truth. He would tell you to build up the body of Christ, not tear each other down. He would tell you to seek first the Kingdom of Heaven, before you go wading out into the world.

Friends, this is going to be a long election cycle, and it has only just begun. I don’t care who you support or what your reasons are. If you speak here in this space as a Christian, then for the love of your Savior, please begin behaving as a Christian. Use your head, begin with prayer. Educate yourself on what Scripture actually says about issues of being a good citizen and participation in governing. As importantly, educate yourself on what it says about being ambassadors for Christ. The world already has enough division, and if you are seriously looking to change that, it’s going to take the power of the Holy Spirit moving through each and every one of us. He can’t do that when we are too busy clanging along with the world to actually let Him use us. The world needs more of Christ and less of us. Our political process needs more of Christ and less of us. Let us each seek the Holy Spirit, and rely on His fruit, particularly self-control, in the months ahead. And let us remember one more thing, above all else. Christ commands us to pray. Pray without ceasing, pray for those we love, pray for what we need, and hardest of all, pray for our enemies and those who persecute us. Pray for everyone out here engaged in the political process, and try not to become one of those who requires your brothers and sisters to pray for those who are persecuting them.

Pray always and glorify the Lord.