I got a message from my sister the other day asking a question about Supreme Court picks, and something Ted Cruz said. It’s exciting to me that so many folks I know are stepping into the primary process this year, and looking for information about the candidates. But, at the same time, a lot of the questions and conversations I am seeing from those new to the process give me the sense that they are feeling a little overwhelmed and bewildered. I can’t say I blame them. I’m something of an old hand at politics these days, and some of the overheated rhetoric flying in the last few weeks has made my head spin a little too. And it’s unfortunate.

It’s unfortunate because this election is seeing the fruits of nearly eight years of conservative efforts to motivate and educate the electorate. More people are paying attention to this primary cycle than have ever paid attention before, as the turn out in Iowa showed. But, a lot of those people haven’t been following the debates and campaigns since August like so many of my fellow political junkies have been. They are just starting to tune in now, as the election process actually starts. And what they are seeing is a whirlwind of information where it’s becoming harder and harder to sift through the issues to find truth. This problem is exacerbated by the complete breakdown of so many seasoned political people on social media. We’ve set up our camps, drawn our lines, and randomly post little pictures of stick figures that imply no one should come on our wall and disagree or converse with us about our political candidate because then we wouldn’t be nice like Jill. Really? 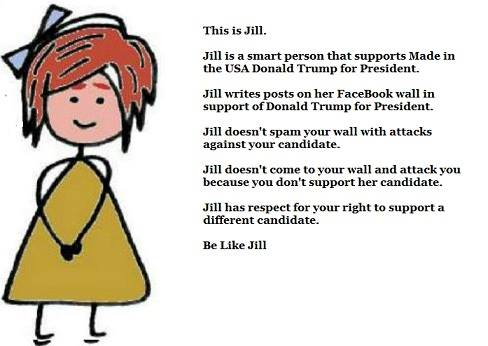 I believe that was one of the reasons I felt called to start writing about politics again. To bring a little bit of less strident opinion and analysis to the conversation for those of my friends who are still looking for a candidate and trying to get up to speed on what’s going on. I got a little derailed on that on Saturday night. But, that doesn’t mean there weren’t still things coming up that I knew really needed to be addressed. So it was a breath of fresh air when I was wandering through Facebook and stumbled upon Senator Cruz doing just that.

Senator Cruz’s impromptu press conference to address the allegations of both Mr. Trump and Senator Rubio of lying was awesome. I didn’t see the whole of it, but the parts I caught made me smile. They made me smile not because the candidate I have chosen to support was scoring point. They made me smile because it is a lovely thing to be supporting a candidate that does not need me to explain his actions or positions. He does not sit still when someone smears him and propagates false allegations. He speaks out, with facts on hand and available, about the truth of what he has done, what he believes, and the evidence he has to back up his assertions about other candidates policy positions.

He also doesn’t simply stoop and scream liar, liar back at folks, dropping the conversation to the level of a playground shouting match of “I know you are, but what am I.” He states the accusations that have been made against him. Provides evidence that they are incorrect or untrue. He states the allegations he’s made about other candidates policies. Provides evidence that those allegations are true. And he treats those listening like they have enough of a brain in their head to make their own decision as to who is speaking honestly in the situation.

I like that. I like not feeling like I have to help drag the man across the finish line. I like having the certainty that Ted Cruz is a man that can walk across the finish line victorious, under his own power, with Americans across the nation walking with him, rather than having to carry him because he cannot stand on his own. There are several issues that I will likely touch on that have been brought up by Senator Rubio and Mr. Trump that some of the folks who read my blog might want my insight on. But, that’s not because Ted Cruz can’t do it himself. The only one I will touch on today is this.

For those of you wondering if this is all an act for the Presidential election. Or wondering who to believe when it comes to what former Governor Bush or Governor Christie liked to call Washington speak over the immigration issue. I’ve been watching Ted Cruz fairly closely since he first ran for the Senate. I paid attention to the happenings in the Senate surrounding the Gang of 8 amnesty bill. I paid attention to Senator Cruz’s election campaign. I paid attention when Senator Cruz filibustered in the Senate for hours and hours. In all the years I’ve been watching Ted Cruz speak, and reading the news that has vilified him, there is one thing I have learned. If you are looking for a what you see is what you get, straight shooter, Ted Cruz is your man. Everything he has said in the debates and other venues regarding his own positions and the positions of others has been accurate to my recollection. Not accurate to what he’s saying now, but in line with what I remember him, and the others, saying and doing at the time those events were unfolding. That’s one of the reasons I finally settled on supporting him in the primaries.

As South Carolina heads to the polls tomorrow, and we set our sights next on the Nevada caucuses, I pray peace and strength for all the candidates. I pray wisdom and discernment for all the citizens going out to exercise their solemn, and blessed privilege of selecting a nominee. And I pray, as always, that in the God’s will be done.